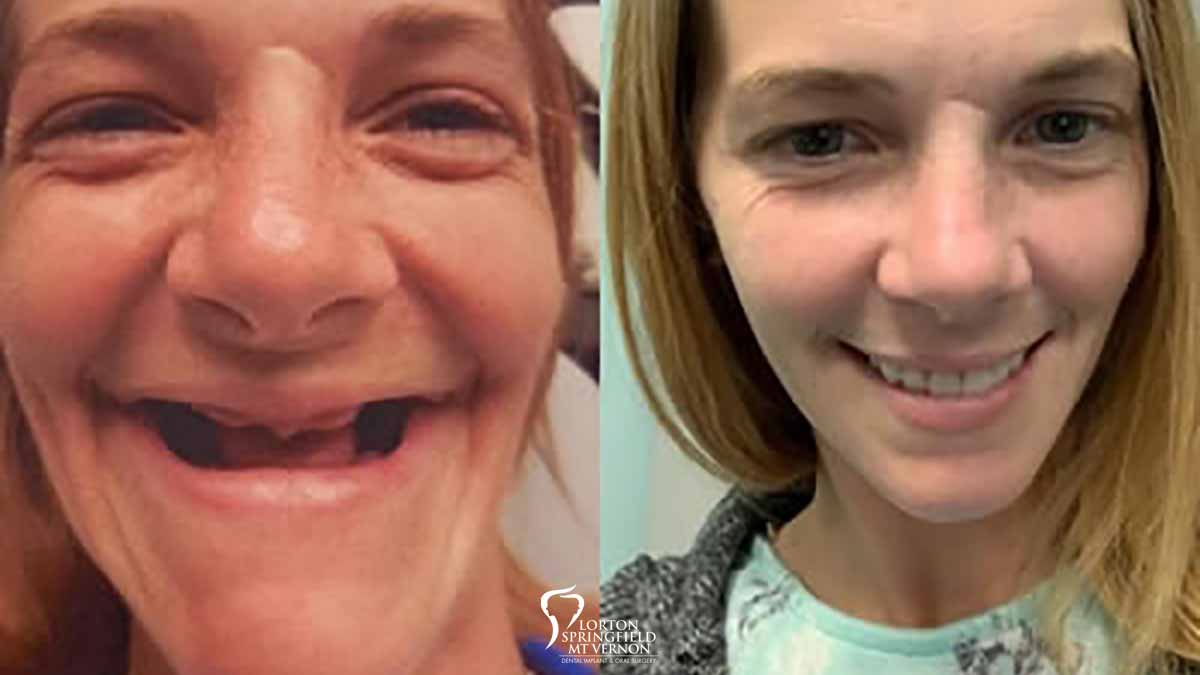 After months of rigorous planning…we were so honored to be able to gift this new smile to the most deserving patient ever! It was a long day, and our amazing team all pulled together to get this woman new teeth for Christmas! I am so proud of my team and my colleagues for their hard work! Congratulations Kim on your new smile! It has been a pleasure to provide this to you!

Special thank you to Tony Prestipino at Artifex Dental Lab for helping make this happen.

Kimberly Latham wasn’t a kid at the bus stop; she was a parent. Still, the middle school girls whispered her way, then snickered, until finally, her 13-year-old son mumbled, “Mom, will you just drive me to school today?”

It took a lifetime of bad luck and serious neglect to leave Latham a 31-year-old with no teeth, resigned to a life of shocked stares, soft foods, and mangled speech.

Any pain was more bearable than the decades of decay that had emptied her jaws. She’d heard it all, even the shopper who asked if she was “retarded” when he couldn’t understand her in the Fort Belvoir, Va., commissary where she stocks shelves.

But when her two boys were embarrassed, her make-the-best-of-it grit crumbled like another ruined molar. “They’re so protective of me,” she said.

Latham’s tortured oral history began in Florida, where she grew up with no dad and crowded teeth. By the time she was 9, crooked canines made her “vampire girl” at school.

She got braces, but at 16 she landed in juvenile detention, where they pulled her wires for security reasons, leaving just the brackets. It would be three more years, some of them spent homeless before she had those pried off by a dentist who insisted she sign a waiver releasing him from responsibility for the results. Most of her teeth cracked in the chair; some broke outright.

The 11 years of abscesses and infection that followed were the final undoing of her mouth. Her cheeks caved. Her speech sagged. Even macaroni was agony to eat by the time she went to Les Ratner, an Alexandria dentist, early this year. He explained the cost of implants to the single mom with no high school diploma, no insurance and no money.

It was a long shot, but a local oral surgeon, Snehal Patel, was offering a free rehab job, $60,000 worth, to a needy person who submitted a compelling essay. Latham wrote five pages; Susan typed it up.

Patel said it was her courage that blew him away.

Four days before Christmas, Patel installed 12 implant posts in her upper and lower jaws and then attached a complete set of permanent, custom-formed replacement teeth donated by a local lab.

It took about seven hours to unwind half a lifetime of pain and shame. And now, Kimberly Latham is presenting, literally, a new face to the world.

She’ll get that steak she’s been dreaming of for years, face a camera without covering her mouth, enter a room with her head high.

“I’m going to walk into work grinning from ear to ear.” 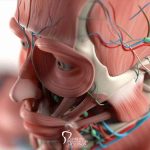 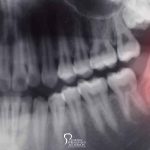